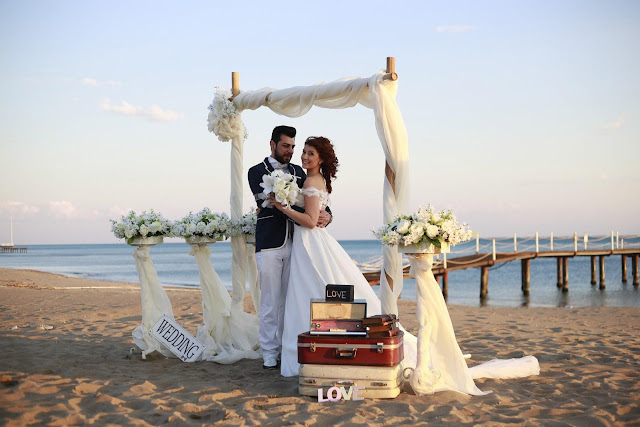 WEDDING TRADITION in Turkey
The fascinating country of Turkey has a rich culture of wedding traditions, which vary throughout its cities, provinces and villages. In the major cities many couples have also embraced a mix of Western traditions. “Turks” love to celebrate with delicious food, music and lots of dancing into the early hours.
Historical Marriage Arrangements
In the past there were several different kinds of marriages, especially in the rural areas. It was the custom to pay a dowry to the bride’s family. Occasionally, a family with a son and daughter of marriageable age would marry into another family with a son and daughter, therefore cancelling out the need for a dowry.
In times past, a marriage was arranged in the case of the death of a brother, where the widowed sister-in law was wed with a single or widower brother-in law (Levirat). Similarly, it was also possible for a sister to be married to a deceased sister’s husband (Sororat). This was practiced in order to keep the inheritance in the family and for the children’s welfare.
Searching for a Bride
In the traditional setting, the prospective groom’s family will search for a suitable wife within family, close friends and neighbourhood circles. Görücülük is the process of several women taking over the searching role and visiting potential brides’ families. Once a woman is found to be suitable, she and her family have time to do their research and make a determination if this is the man for her. Today, especially in urban areas and within less conservative families, couples form their own friendships, commence a relationship and in time decide to marry.


Marriage is an association that existed since the earliest times and has great importance on human life and society. Marriage as a term is a continuous union of a man and a woman as husband and wife under all kinds of conditions of life. It is the foundation of the family which in turn is the cornerstone of society and carries universal importance. The marriage act has certain rules and patterns that change around the world, shaped by different cultures and entailing traditions and customs that define a particular society.


Marriage ceremonies incorporate a number of preparations and phases leading up to the actual act. These stages include religious and even superstitious practices. At each phase, the implementation of a variety of common practices, customs and traditions have become obligatory, almost like rules and principles that govern this ritual act. Each and every society, in compliance with certain rules and practices conforming to their culture, has developed its own particular ways of executing this event. Here we will try to elaborate on different phases of marriage, complete with distinct and rich customs in every region, province and even village in Turkey, by making an attempt to generalize them along main features and aspects. 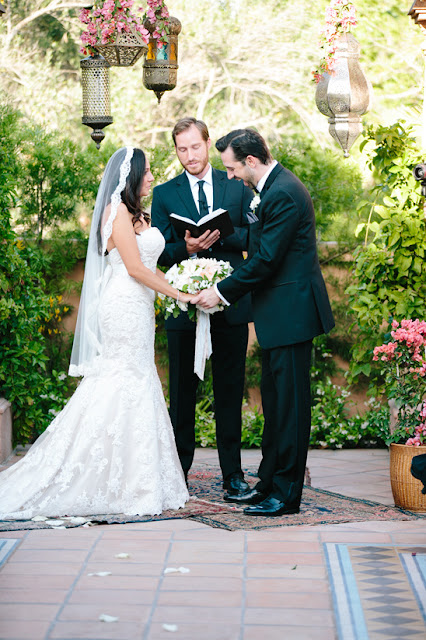 
In the past, marriage among relatives, such as cousins, was common in Turkey. Today such kind of marriage is not practiced that much any more due to impact of urbanization.
Another kind of marriage is that in the case of death of a brother, where the widowed sister-in law is wed with a single or widower brother-in law (Levirat). This is done in order to keep the inheritance of the deceased in the family and for the children’s welfare. Similarly, it is also possible that a sister gets married to a deceased sister’s husband (Sororat). However, this rural tradition too is disappearing fast.


Another type of marriage is “taygeldi” marriage. In this marriage, the children from previous marriages of a widow and widower, who get married, may get married as well.
In the past, particularly in rural areas, men would “snatch” or kidnap a girl that they wanted to marry, but were not allowed to for one reason or the other, mostly due to objection by families. It also happened that a girl and boy run away in mutual agreement to overcome family objection to their matrimony. In some regions, there is also a type of “snatching” called “oturakalma”, where a girl goes to the home of the man that she loves and settles there, many times at the objection of her own family. 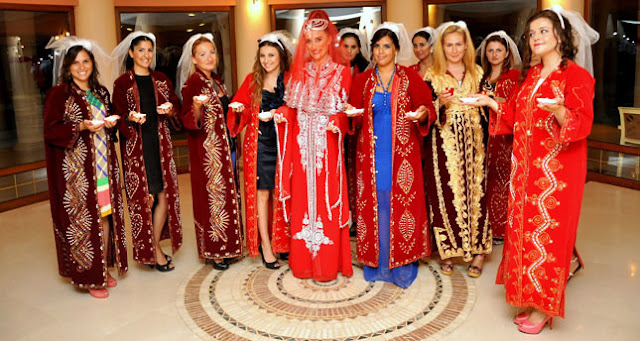 Another type of marriage which was often practiced in the past is “beşik kertme”. While children were yet in their cradle, they were promised or “engaged” to each other by their families. In the past, the rejection of marriage by the girl or boy once they reach marrying age, would be regarded as dishonor to the family and even could cause bloody family feuds. This type of arranged marriage is almost extinct today.


Another kind of marriage arrangement or custom in Turkey is marriage of “iç güveysi”. In this marriage, a man settles in the home where his wife lives. Usually in case of inability to pay a dowry for the bride or the absence of a son on the part of the bride’s family leads to this kind of arrangement.


In another type of marriage called “Berder” or “değiş-tokuş, değişik” ( exchange, changing) two families may marry their daughter and son to another family’s son and daughter. Such kind of marriages releases the two families of an old custom to pay a dowry to the bride’s family, since they “even” out.


A note on Baslik – dowry – is in place. This is an old custom that has nearly ceased to exist in the vast majority of Turkish society and is confined only to very underdeveloped regions.


According to Turkish traditions marriage between “milk” siblings is not possible. Children who are breastfed by a woman (a custom that was not uncommon in Turkey, when a mother could not breastfeed due to illness or other reasons, especially in rural areas, but has nearly ceased today) other than their mother become her “milk” children and they are not supposed to marry their “milk” siblings.


In some regions marriage with more than one wife at the same time (polygamy), while outlawed and punishable by law, is still practiced and it was more prevalent in the past when a wife could not bear children or she became ill or invalid. 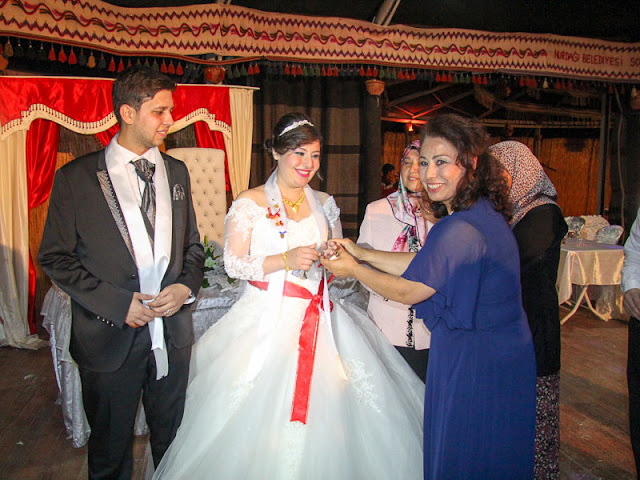 
There is wide variation in marriage age today, with lower limits set by law. Today, men usually are expected to marry after they complete their mandatory military service, in some more traditional areas right before. General marriage ages are around 22 for men and around 20 for women, with 5-6 years variation upward. Today, more youngsters go to college, which pushes up their marriage age mostly until after graduation. Older siblings are usually expected to get married before younger siblings, particularly if they are of the

By Antalyaestate June 15, 2017
Filled with stunning natural beauty, from tranquil beaches to dramatic mountains, and an array of well-preserved architecture, Turkey is one of the most extraordinary countries to visit. Here we list the 10 unmissable cities and towns in the country. Amasya Located in northern Turkey , the small city of Amasya is dramatically situated in a narrow valley on the banks of the Yeşilırmak river, against a backdrop of rocky mountains. Amasya is said to be the place where one of the most famous tales of Turkish folklore, Ferhat and Şirin, takes place. According to legend, Ferhat was in love with Şirin, a beautiful princess, and dug tunnels beneath the mountains to bring water to her father’s palace so he could win his favor. Even today, the stunning landscape of the town is perfectly suited to the romantic tale. Above the town lie several tombs cut into the face of the rock, while the town itself is filled with beautiful Ottoman style houses and antique bridges. Bozcaada A smal
1 comment
Read more