By Antalyaestate June 15, 2017
Filled with stunning natural beauty, from tranquil beaches to dramatic mountains, and an array of well-preserved architecture, Turkey is one of the most extraordinary countries to visit. Here we list the 10 unmissable cities and towns in the country. 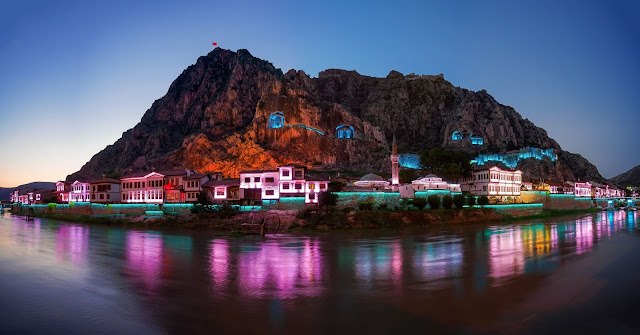 Located in northern Turkey, the small city of Amasya is dramatically situated in a narrow valley on the banks of the Yeşilırmak river, against a backdrop of rocky mountains. Amasya is said to be the place where one of the most famous tales of Turkish folklore, Ferhat and Şirin, takes place. According to legend, Ferhat was in love with Şirin, a beautiful princess, and dug tunnels beneath the mountains to bring water to her father’s palace so he could win his favor. Even today, the stunning landscape of the town is perfectly suited to the romantic tale. Above the town lie several tombs cut into the face of the rock, while the town itself is filled with beautiful Ottoman style houses and antique bridges. 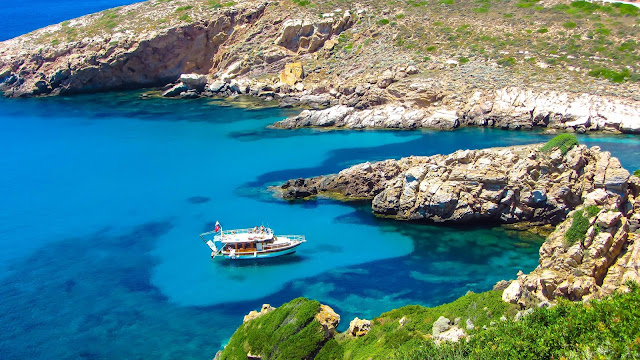 A small jewel of an island in the Aegean sea, Bozcaada has managed to escape much of Turkey’s modernization, and still retains the majority of its original architecture and buildings. The town features a beautifully preserved castle dating back to the 15th century. Built on the ruins of several former palaces, the castle dominates the island’s skyline and lends a grand feel to the small, seaside town. The island also has a great deal of natural beauty, from the soft, sandy beaches to the gently rolling hills rising above the clear blue sea. With charming winding streets and traditional seaside cafes, Bozcaada is the perfect small Mediterranean island. 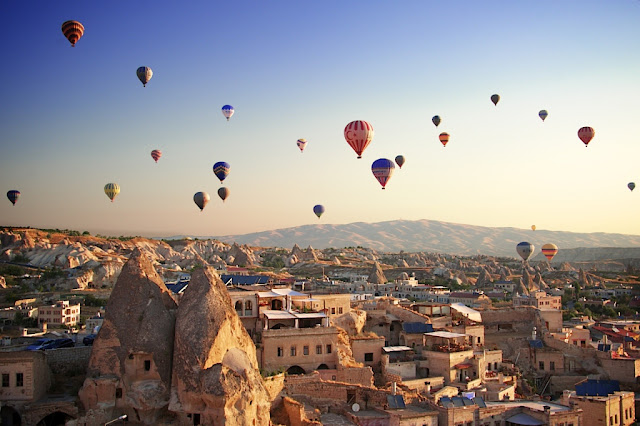 The town of Göreme lies in the region of Cappadocia, a region famous for its fantastical rock formations, with hundreds of astonishing rock “fairy chimneys” rising from the ground and interspersed with the villages and houses. What makes the formations special are the wonderful uses they have been put to by the locals over the centuries. Beautifully decorated churches, homes and underground cities fill the region, and Göreme houses some of the most magnificent structures in a complex of churches and monasteries called the Göreme Open Air Museum. Göreme is also known for its incredible hot air balloon rides, and dozens of hot air balloons often fill the skies to give tourists a spectacular view of the landscape. 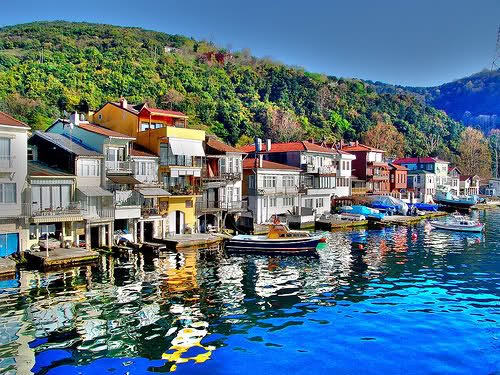 The country’s largest and most famous city, Istanbul is home to some of the most beautiful buildings and landscapes in the whole of Turkey. The city is situated on the strait between the Sea of Marmara and the Black Sea, creating a beautiful contrast between the calm blue waters and the bustling city. Istanbul is known as the point where east meets west, both geographically and culturally, with a myriad of beautiful churches, mosques and palaces which pay homage to the city’s diverse and fascinating history. The city’s art and architecture have been faithfully preserved, making it one of the best places to experience the remnants of Byzantine and Ottoman together. 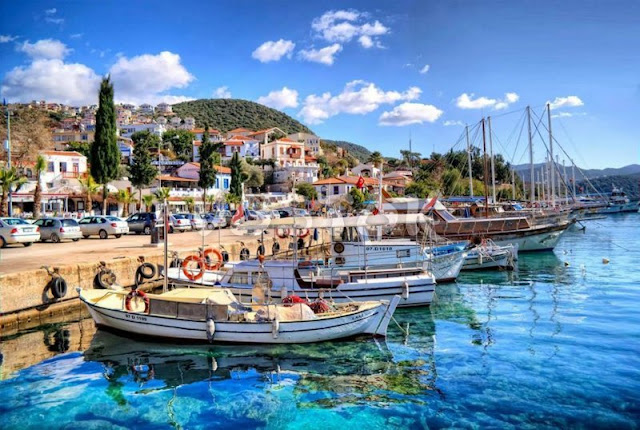 A charming, unspoiled fishing village nestled at the foot of lush hills right on the Mediterranean coast, Kaş has become a wildly popular tourist destination. This is mainly due to its natural beauty, well preserved historic remains and streets, and ample diving opportunities. The ancient ruins of Antiphellos are interspersed with the small alleys, traditional houses and cafes of more recent times, while the calm, pebbly beaches remain clear and unspoiled despite their popularity. Much of Kaş’s beauty lies beneath the surface, however, with an astonishing array of fish, turtles and other sea creatures to be discovered on scuba diving trips, as well as intriguing wreck sites on the sea floor. 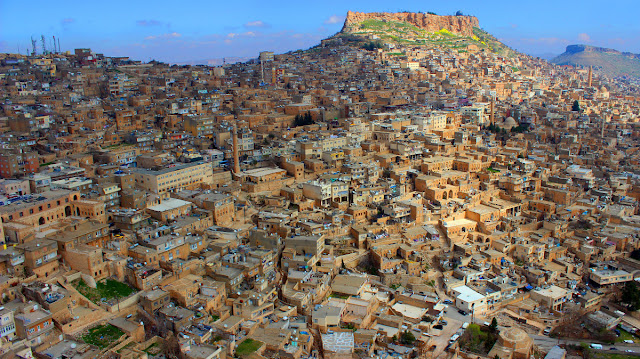 Located in south-eastern Anatolia, Mardin is one of the most picturesque cities in Turkey. The whole city has been designated a UNESCO World Heritage Site, and is remarkable for its numerous historic buildings cascading down the hillside. At the top of the hill lies the citadel: an old fortress turned into military zone which, despite being inaccessible to tourists, still gives the city an impressive, distinctive air. The city is also home to stunning mosques and churches. Among them is the Great Mosque constructed in the 12th century, whose towering minaret soars above the city’s winding streets. There’s also the Deyruz-Zafaran monastery, one of the oldest monasteries in the world. 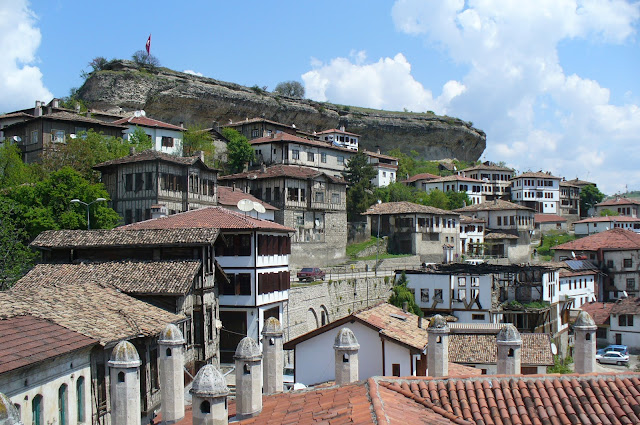 Safranbolu’s unusual name derives from the word saffron and the Greek word for city (polis), as the town was originally one of the major growing, and trading centers for the precious spice. Today, the town is best known for its extraordinary historical sites and well-preserved houses. It has more than 1000 registered historical artifacts, including tombs, Turkish baths, and several 17th-century mosques. Safranbolu is also notable for traditional Ottoman-style houses, immediately recognizable by their tall, wide, half-timbered façades, charming shuttered windows and tiled roofs. These remain some of the best preserved examples of Ottoman architecture in the country. 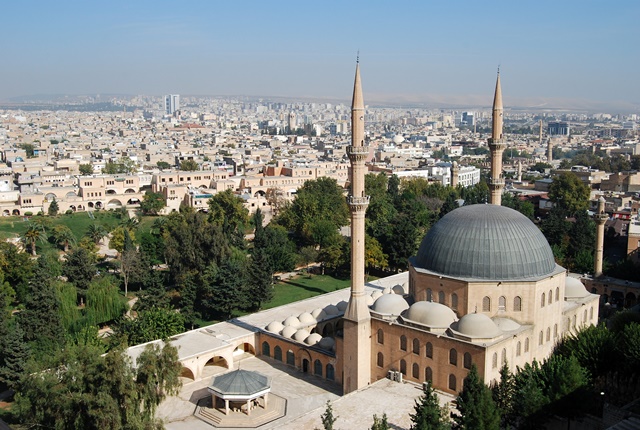 Known in Mesopotamian times as the city of Edessa, Sanliurfa is located along the main trade routes between Europe, Asia, and Africa. It has been witness to most of the key historical movements and occupations in Turkey’s history, including the Egyptians, Greeks, Romans and Alexander the Great. Sanliurfa is also said to be the birthplace of the prophet Abraham, who according to Jewish and Islamic tradition was almost burnt alive by King Nimrod, only for God to turn the fire into water. This legendary site is now said to be located in the courtyard of the Mosque of Halil-ur-Rahman; a tranquil pool surrounded by beautifully carved walls and the mosque’s minaret. 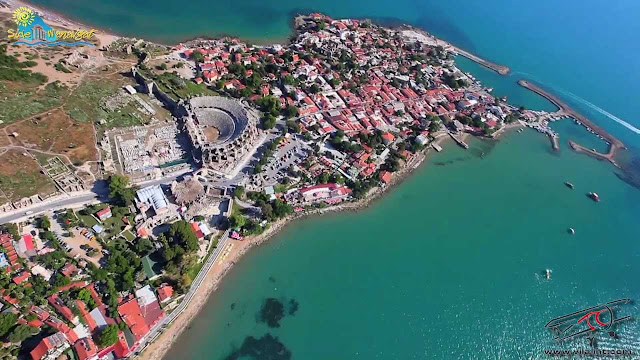 With Roman and Hellenistic ruins aplenty, Side is not a town to be missed for history buffs. The original Roman amphitheater is still located right in the center of the town, contrasting with the modern houses, bars, and bustle of daily life. Near the shores of the sea meanwhile lie the dramatic ruins of the Temple of Apollo, made even more majestic each day in the fire-red glow of the sunset. Side is also renowned for its natural beauty; located on a small peninsula barely one kilometer wide, the town is bordered on both sides by stretches of golden sand and the crystal clear waters of the Mediterranean. 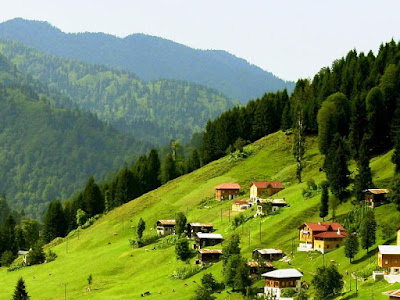 The small village of Uzungöl is situated on the edge of a picturesque lake bearing the same name, at the bottom of a lush, green valley near the city of Trabzon. The landscape is astonishing and fairytale-like, far removed from the typical image of Turkey as a solely Mediterranean, coastal country. The extraordinary, almost Swiss vista contrasts with the traditional Turkish houses and towering minarets of the mosque, making Uzungöl a beautiful place to visit. The village and valley are particularly worth seeing early in the morning, when a soft mist descends on the surroundings, creating an unforgettable, ethereal sight.

By Antalyaestate June 10, 2017
WEDDING TRADITION in Turkey The fascinating country of Turkey has a rich culture of wedding traditions, which vary throughout its cities, provinces and villages. In the major cities many couples have also embraced a mix of Western traditions. “Turks” love to celebrate with delicious food, music and lots of dancing into the early hours. Historical Marriage Arrangements In the past there were several different kinds of marriages, especially in the rural areas. It was the custom to pay a dowry to the bride’s family. Occasionally, a family with a son and daughter of marriageable age would marry into another family with a son and daughter, therefore cancelling out the need for a dowry. In times past, a marriage was arranged in the case of the death of a brother, where the widowed sister-in law was wed with a single or widower brother-in law (Levirat). Similarly, it was also possible for a sister to be married to a deceased sister’s husband (Sororat). This was practiced in order t
Post a Comment
Read more